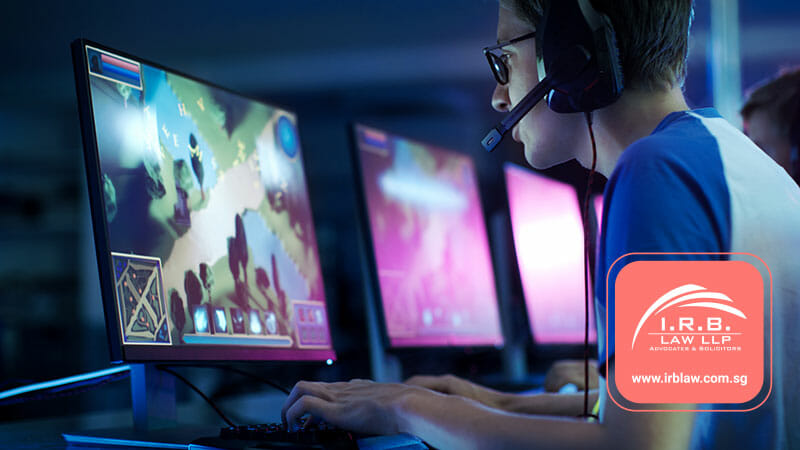 It’s 3.00 a.m. in the morning. You’ve just spent the last six months of your life playing MapleStory, a massive online multiplayer game, and have amassed significant in-game currency. On top of that, you’ve reached the maximum level cap and completed all there is to achieve in-game. Oh, and you’ve found some of the rarest and most valuable items in-game.

But you are tired and jaded. You need to move on with your life because you’re going to university soon. You wished you had worked a part time job and earned some money, instead of gaming. Oh, and you blew a thousand dollars of your own savings buying cosmetic items from the Cash Shop to beautify your character and get a pet to pick-up items for you.

Happenstance, you see an online advertisement on Carousell where a user, xXyandaoXx, is willing to buy an in-game account exactly like yours for a cool three-thousand dollars. You contact him on WhatsApp and he promises to PayNow the money to you immediately upon you giving him your account identification and password.

Easiest decision of your life, right?

Can I Sell My Game Account, Items, or Currency?

As a starting point, there is no legal impediment preventing you from entering into a contractual agreement to sell and/or transfer anything you legally own to another person, subject to statutory exceptions. In fact, the promise via WhatsApp may be sufficient to meet the requirements of a legally binding contract. However, the issue is whether you truly own your game account, items, currency, and/or characters.

But what about a virtual game account, items accumulated playing the game, and any in-game currency? What about game characters? I hear you say: “I spent countless hours to reach max level and ‘farm’ for those items! Surely, the law will recognize my effort. Even if not the effort, I sunk money in the game too!”

An argument could be made that the effort you sunk into developing your character, hunting for the rare items, etc may be a form of endeavor entitling you to some ownership in these virtual goods. After all, it is not just a physical property that is protected under the law. The law does protect intellectual property (e.g. if I wrote a song or made a film I would prima facie have the rights to these creative works). Therefore, an argument could be made that your game account, items, in-game currency, and/or characters are personal property that you own too, albeit in an intangible form. However, this may not be a tenable argument.

The reality is that there may be a drastic disconnect between what you expect to receive (from the game), in exchange for your time and money. While there is no clear legal position in Singapore on the issue, it is likely you do not have ownership (in a layperson sense) over your account, character, and/or items.

For one, even if you sunk effort, time, and money into MapleStory, the game and everything in it (including music, characters, items, story etc) is intellectual property that belongs to the game developer and/or any respective rights holders. That magical spear that you purchased wasn’t designed by you. Neither was the pair of earrings you picked up from killing that monster.

“Hang on” you say. I think that I should have some rights over something I put effort and/or money into! Didn’t you say the law recognises property rights in non-physical items? Can’t I argue what I have in-game is intangible personal property?

While it would be reasonable that you, the person who has exchanged money for the magical spear should have some legal rights over it, it is likely that you only have a mere license to use the said spear in the game, but not a right to sell or trade these items for real world currency – unless specifically allowed to on a platform provided by the game. In similar vein, streaming a song on Spotify or buying a movie on Apple TV only gives you a limited license to access these mediums to listen to your song or watch your movie as the case may be. You can’t go on to sell or trade the song or movie.

Further, whatever rights you have over your account, in-game items and/or character are likely subrogated to the game developer from the moment you start playing by virtue of you signing away these rights by virtue of the End User License Agreement (“EULA”) you agree to. Common EULA terms include:

Do note that game developers have not been chary in enforcing their rights, particularly where users seek to make commercial gains from their video games.

What if I use my ingenuity and effort to develop a custom game (such as DOTA) or forge a unique item within the game?

Any original creations that you come up with through your own efforts and/or creativity within the game platform are, often, not owned by yourself either. Increasingly, game developers are protecting their rights by including clauses where the player agrees to give up their rights in user creations.

I didn’t know the law. I’ve transferred my game account to xXyandaoXx and he won’t pay me. What do I do now?

From a criminal law perspective, if you transferred your account to xXyandaoXx with a promise by xXyandaoXx to pay you, but he subsequently does not, xXyandaoXx may be liable for the criminal offence of cheating as defined under s 415 of the Penal Code (Cap 224, 2008 Rev Ed) (“Penal Code”).

In a recent case, an accused person was sentenced to three months’ imprisonment for scamming multiple people in the online game MapleStory. The accused offered to sell ‘mesos’ (a form of in-game currency) to other players, in exchange for cash. However, he failed to deliver the said ‘mesos’ after receiving payments from the said players via PayNow or Paylah.

However, do note that xXyandaoXx must have had the fraudulent or dishonest intent to deceive you into transferring your account to him. As noted in Explanation 2 to s 415 of the Penal Code, “mere breach of contract itself is not itself proof of an original fraudulent intent.”

If you believe xXyandaoXx has cheated you, you may wish to make a police report.

I don’t care if xXyandaoXx goes to jail or not. I just want my money!

If xXyandaoXx is convicted and sentenced by a criminal Court, a Court is duty bound to consider whether a compensation order should be made to the victims of his criminal offences (i.e. you) under s 359 of the Criminal Procedure Code (Cap 68, 2012 Rev Ed) (“CPC”).

However, it is not mandatory for a compensation order to be made by the Court in your favour. There is no automatic right of recovery of the cheated account or money.

Whether or not xXyandaoXx is convicted, or even charged, you can seek civil recourse against xXyandaoXx. In fact, even if a compensation order is granted by a criminal Court, you still have the right to civil remedy under s 359(4) of the CPC.

While any ascertainment of the prospect of success is highly fact-dependent, the writer wishes to highlight that a contractual claim against xXyandaoXx may not be straightforward.

Even if you have clear evidence of an agreement between yourself and xXyandaoXx that he would purchase your game account for $3,000, your claim may fail as a result of the contractual doctrine of illegality. In gist, the law does not usually allow any recovery whatsoever under an illegal contract.

Specifically, under Singapore law, recovery is further prohibited under contracts, which involve the commission of a legal wrong – even if the contract per se doesn’t fall under a class of contracts the law would typically deem as illegal (Ting Siew May v Boon Lay Choo and another [2014] 3 SLR 609). For example, a contract to grant an option to purchase property is not illegal per se. However, you will not be able to enforce the said contract if the said option was used to contravene property regulations, for example.

While it is of course not illegal to enter into a contract for sale or transfer of property, the game account, items, in-game currency, and/or characters may not be yours to divest (sell or transfer), as discussed above. Even if you can circumvent that issue, recovery of the $3,000 owed to you may be itself a breach of contract with the game developer, based on the EULA you agreed to.

Is there anything I can do?

Even if your contractual claim is prohibited by the doctrine of illegality, this may not preclude a claim in restitution on the basis that xXyandaoXx has benefited at your expense. In Ochroid Trading Ltd and another v Chua Siok Lui (Trading as VIE Import and Export) and another [2018] SGCA 5, Singapore’s Court of Appeal explicitly recognized that there are “possible legal avenues for… restitutionary recovery of the benefits conferred under an illegal contract.”

Alternatively, you may explore civil claims under other areas of the law.

Before commencing legal proceedings, you should consider (a) whether you can identify and locate xXyandaoXx, and more importantly, (b) whether you can obtain the recovery you seek. Even if you have a good case against xXyandaoXx, he may not be able to pay you the damages sought.

“Can’t I just get my account back then?” you ask. If you are seeking a return of your account, that may not be possible if the game developer has frozen or banned the account for breach of the EULA.

As with all legal claims, you will also need to assess whether it is worth your time and money to commence legal proceedings against xXyandaoXx. While it is the general rule that the losing party in civil proceedings is required to bear the cost of the proceedings themselves, this does not mean you will get a full award as to costs. Further, an award as to costs does not mean that you do not need to pay your own lawyer’s legal fees. Of course, this all assumes the dispute goes to Court in the first place!

As can be seen from the discussion above, many issues may arise in respect of any prospective sale of an online video game account, items, in-game currency, or characters. For one, there is a lack of clarity as to ownership. Further, in the event that one has entered into an agreement that has soured, there may be problems as to enforcement or recovery.

As in the games themselves, expectations and reality may not coincide.