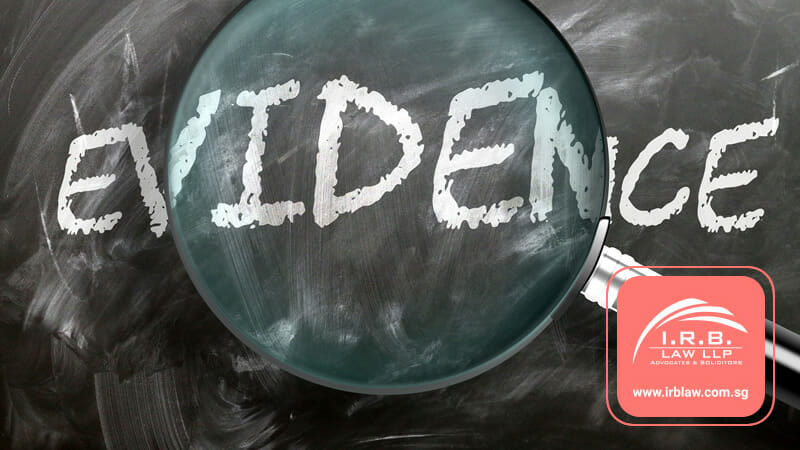 Our lawyers deal with the issue of gifts between lovers and family members on a daily basis. We found the following judgment useful.

In Toh Eng Tiah v Jiang Angelina and another appeal [2021] SGCA 17, the Singapore Court of Appeal considered the role of the parol evidence rule in the context of an alleged sham contract. Although this was addressed in passing before, it was the first time that this issue was raised for proper consideration in a Singapore court. Apart from the parol evidence rule, the court had to consider whether moneys transferred between the parties were gifts or loans.

The Court of Appeal held that if the contract between the parties is found to be a sham, the parol evidence rule is not engaged at all. For the parol evidence rule to be applicable, there must be a valid contract. A sham agreement lacks the intention to create legal relations, which is essential for finding a valid contract. The court found that both parties shared the intention that the contract would not create the legal relations that it appeared to create, and therefore found that the contract was a sham. Each transfer was then considered to decide if it was a gift or a loan.

The appeal is about a claim and counterclaim between two parties to a love affair that ended on rather unfriendly terms. During the relationship, various amounts of money were transferred between the parties, Mr Toh and Ms Jiang. The issue before the High Court was whether these amounts were loans or gifts and whether they needed to be repaid. Sometime during the relationship, the parties drew up a loan facilities agreement (LFA), which on the face of it, appeared to protect both parties’ interests.

Mr Toh claimed that the moneys he gave to Ms Jiang were loans and not gifts, whereas Ms Jiang claims all the moneys were gifts. She claims that the LFA was a sham only created to placate Mr Toh’s wife, family, friends, and employees.

Were the Amounts Gifts or Loans?

The judge in the High Court set out the conditions for there to be a gift inter vivos.

Both parties appealed against the parts of the judgment that went against them.

On appeal, the JCA referred to Tan Yok Koon v Tan Choo Suan and another and other appeals [2017] 1 SLR 654, and held that the circumstances surrounding each transfer should be evaluated to determine whether the transfer was intended as a gift or not. In this case, certain transfers took place before the creation of the LFA and others subsequently.

The Court of Appeal referred to Lee Hiok Tng (in her personal capacity) v Lee Hiok Tng and another (executors and trustees of the estate of Lee Wee Nam, deceased) and others [2001] 1 SLR(R) 771 at [35]), and confirmed the law that a valid gift inter vivos is made where there is an intention to gift and delivery of the precise subject matter. The subjective intention of the donor at the time of the transfer must be assessed.

The donor cannot subsequently convert a gift to a loan. Once the gift was parted, the donor has no title over the property and cannot convert it to a loan. A gift can only be revoked if there are grounds for setting aside the transfer. Even if the recipient subsequently indicated that she would repay the money, it does not prevent it from being a gift.

Mr Toh wanted to rely on Dewar v Dewar [1975] 1 WLR 1532, to argue that where the recipient treats the gift as a loan, it converts the gift into a loan. However, the Court of Appeal rejected that argument and held that it could only be converted if both parties agreed that it should be a loan. One party cannot later change their decision and convert a gift into a loan.

The Court of Appeal left open the question of whether no subsequent agreement can oblige the recipient to repay the money initially given as a gift. The JCA held that there should be no reason as to why both parties cannot freely agree later that a gift should be repaid, but this court did not need to answer that question in this case. This court held that the LFA was a sham.

The parol evidence rule is set out in s 93 and s 94 of the Evidence Act (EA). In short, the parol evidence rule states when the terms of an agreement or contract are reduced to a document, no other evidence shall be considered to prove the terms of the document. If the document itself is proven, s 94 states that no oral agreements or statements between the parties shall be admitted as evidence to contradict, vary, add, or subtract from the terms.

The Court of Appeal set it out as follows:

Section 94 only applies where the terms of the contract have been proven under section 93. It follows then that whether the parol evidence rule applies depends on whether s 93 applies. S 93 only applies “when the terms of a contract or of a grant or of any other disposition of property have been reduced by or by consent of the parties to the form of a document, and in all cases in which any matter is required by law to be reduced to the form of a document.”

As a matter of logic, it is implied that there needs to be a contract in the first place, which is reduced to a document before s 93 or s 94 are applicable.

How Does the Allegation of a Sham Relate to Section 93?

The classic definition of a sham was set out in the English case of Snook v London and West Riding Investments Ltd [1967] 2 QB 786. In short, for a document to be a sham, the parties must have the common intention that the document is not to create the legal rights and obligations which it appears to create.

In Hadjiloucas v Crean [1988] 1 WLR 1006, the English Court of Appeal held that the term “sham” denotes an agreement that is deliberately framed with the object of deceiving third parties as to the true nature and effect of the legal relations between the parties. It was not intended by the parties to create legally enforceable obligations.

In this appeal, the court referred to TKM (Singapore) Pte Ltd v Export Credit Insurance Corp of Singapore Ltd [1992] 2 SLR(R) 858 (“TKM”), a decision of the Singapore High Court that relied on the above definitions to ascertain whether a document was a sham, i.e., did the document intend to create the legal relationship, and did the parties act according to the apparent purpose of the document?

After considering all of the above, this court agreed that the legal basis for not enforcing a sham agreement lies in the absence of intention to create legal relations between the parties. Intention is essential for finding a contract. The allegation of a sham goes to the very existence of a contract. The existence of a sham means the agreement was not intended to create enforceable legal obligations. It was intended to deceive.

It follows then, whether there is a sham must be decided before deciding whether section 93 is applicable. S 93 only applies if there is indeed a contract.

This approach is consistent with the approach in E C Investment Holding Pte Ltd v Ridout Residence Pte Ltd and others and another appeal [2012] 1 SLR 32, where it was held that evidence other than the written document could be examined to determine the true nature of the transaction. In Chng Bee Kheng at [55], the High Court held that the court might have regard to a “wider category of evidence” than is usually available for the interpretation of documents to show whether the parties intended that the agreement or certain provisions thereof would not be given legal effect.

In this appeal, it was alleged that the LFA is a sham. The intention was to create the impression that legal relations (a loan agreement) were created, but they did not reflect the true legal relations between the parties. This court held that the allegation goes to the very existence of the contract, and therefore ss 93 and 94 of the EA do not apply. A wider range of evidence could be considered.

Did the Facts Disclose a Sham?

Before considering the facts surrounding the transfer of monies, the court stated the applicable law.

On analysis of the facts of the case, the court concluded that there was a common intention by Mr Toh and Ms Jiang that the LFA does not create the legal rights and obligations which it gives the appearance to create. Ms Jiang succeeded in the burden of proof, and the presumption did not have a significant role to play in this case.

The court looked at what the parties had done before the LFA to evaluate the parties’ intentions around the time of delivery of each transfer. The existence of prior gifts was important to the context in which the parties created the LFA. It shed some light on the parties’ true intentions around the LFA. The parties were in a romantic relationship; there were numerous gifts, and the introduction of the LFA as a formal commercial agreement appeared incompatible with the surrounding circumstances. The terms, timing, and context of the LFA also supported a finding that the document was a sham.

The court found that any countervailing factors could be explained and insufficient to replace a finding of a sham.

Court’s Decision in this Case

Since the judge in the High Court based his decision that the contract was not a sham primarily on the parol evidence rule, the Appeal Court found that it was appropriate to re-examine the evidence to determine whether the LFA was a sham.

It is worth mentioning that Mr Toh initially claimed that there was a Quistclose trust over the moneys, which would be separate from whether the transfers were gifts or loans. A Quistclose trust results where a lender lends money to a borrower for a specific purpose. If the purpose is not realised, the lender retains the beneficial interest in the money, and the borrower is obliged to return the money. This principle was derived from the decision in Barclays Bank Ltd v Quistclose Investments [1970] AC 567.

In this case, the issue related to $2m that, according to Mr Toh, was advanced for the sole purpose of purchasing a property, and because the purpose could not be carried out, a trust arose over that money in favour of Mr Toh. However, Mr Toh did not plead a case of resulting trust on appeal. The High Court judge found no Quistclose trust since there were no restrictions on Ms Jiang’s use of the money. Mr Toh did not raise any arguments against this finding on appeal.

Although the Court of Appeal didn’t need to make any decisions on Quistclose trusts in this case, the court made clear findings on the distinctions between gifts, loans, and sham contracts. The judgment further provides welcome clarity on the application of the parol evidence rule when dealing with a sham contract.

What is a Writ of Summons?