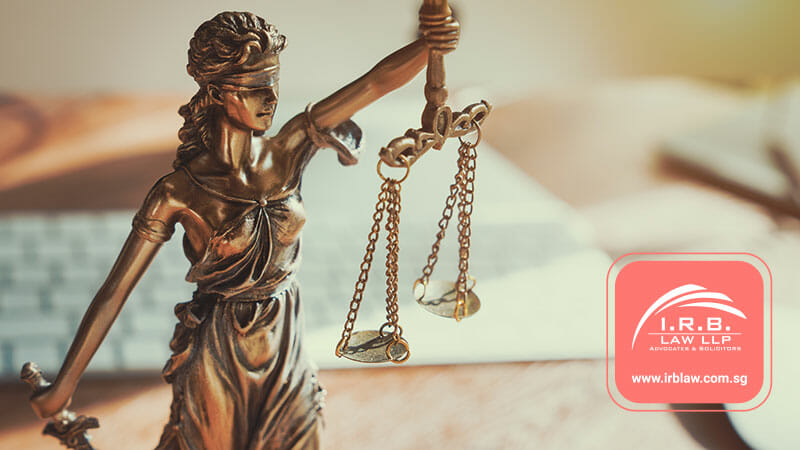 Legal matters can generally be categorised into civil and criminal matters. In criminal matters, the accused is prosecuted by the public prosecutor, acting for the state regarding criminal offences. In civil cases, it is not the state against a person. It deals with relationships between people and involves individuals or businesses filing lawsuits against another person or company.

Litigation refers to the process of settling matters in a court of law, as opposed to alternative dispute resolution like mediation, arbitration, and neutral evaluation. Litigation takes place in both civil and criminal matters.

In civil matters, the party who initiates the legal action is called the plaintiff, or claimant. The party defending the claim is called the defendant.

Civil litigation can be described as legal action in court to resolve disputes between a plaintiff and a defendant outside of criminal law.

Civil procedure in Singapore is governed by the Rules of Court, and there are special rules for special proceedings like divorces, winding up of companies, etc.

Parties will generally first attempt to settle the matter without litigation. Before commencing with court action, the claimant or their lawyer will often send a letter of demand to the other party requesting the party to comply with specific claims or face legal action in court. It is not mandatory in Singapore to first send a letter of demand, but it does allow the parties to settle the matter without costly and lengthy civil litigation.

If the defendant fails to comply with the demands, the claimant can proceed with legal proceedings.

In which court should I file my claim?

The Singapore court system consists of the Supreme Court (High Court and Court of Appeal) and State Courts (Magistrate and District Courts). The jurisdiction of the court depends on the nature and the amount of your claim.

The parties may also agree to limit the claim to $250,000 for the matter to be heard in the District Court.

Is there a time limit to commence civil proceedings?

Small Claims Tribunal disputes have a time limit of 2 years from the date on which the right to claim arose.

In Singapore, civil proceedings are started by filing a writ of summons or an originating summons. This serves as notice of the action to the defending party.

A writ of summons is issued when there is a dispute of fact between the parties and most civil claims are commenced by filing a writ of summons. Where the dispute is a matter of law, or interpretation of a document, or statutory provision, and there is no substantial dispute of fact, the action should commence with an originating summons. Some statutes also require commencement by way of an originating summons.

The summons must be served on the defendant personally unless the court grants permission for substituted service. If the party is located outside of Singapore, the court may grant permission for service outside the country.

Service must take place within the set time limits – 6 months within Singapore (except admiralty proceedings where it is valid for 12 months) and 12 months if outside of Singapore.

The plaintiff must then file a memorandum of service within 8 days of service. This is an essential step if you later wish to apply for a default judgment.

If the defendant chooses to defend the claim, they must file a memorandum of appearance with the court, generally within 8 days from service. This is to inform the plaintiff and the court that they intend to appear in court and contest the claim.

If the defendant chooses not to defend the claim, they do not need to make an appearance or file a memorandum of appearance. This is risky. The plaintiff can apply for a default judgment in the absence of the defendant.

A pleading is a party’s written statement of their case. It will set out the facts on which they rely on for their claim or defence. It serves to inform the parties of their respective positions so that both parties can be prepared for trial. It identifies what is in dispute to save time and money during the trial.

A statement of claim sets out the material facts to establish the plaintiff’s claim. It is typically served with the writ of summons. It must include the remedy or relief sought by the plaintiff.

If the writ of summons does not include a statement of claim, it must be filed and served on the defendant within 14 days of the defendant filing a memorandum of appearance.

The defence must respond to the allegations in the statement of claim and set out the material facts that the defendant will rely on for their defence.

The plaintiff then has the option to file a reply within 14 days after the defence was served.

Can pleadings be amended?

Parties may also withdraw their pleadings depending on when and at what stage of the proceedings. Parties may need permission from the court for withdrawal.

In matters that commence with an originating summons, pleadings are not filed.

Directions to further prepare for trial and discovery

Once all the pleadings have been exchanged, and after the close of pleadings, directions will be given to further prepare for the trial. Summons for directions is usually given at pre-trial conferences. Parties are given directions of which documents must be filed and which evidence must be presented, the number of witnesses to be called and parties need to agree on specific evidence, such as photographs, medical reports, expert witnesses, etc.

Generally, most of the evidence is “put on the table” at this stage. Parties may also object to producing certain documents for inspection – grounds for refusal must be included.

To further prepare for trial, each party may file interlocutory applications during the pre-trial phase.

Examples of interlocutory applications include:

During the trial preparation, several pre-trial conferences can take place with a judge to confirm that all applications are dealt with before the matter is set down for trial.

Any party to the proceedings may offer a settlement at any stage of the procedure. In Singapore, parties are encouraged to settle. Order 22A of the Rules of Court provides statutory mechanisms to make offers to settle. There are provisions for adverse cost consequences if a party refuses to accept a settlement order, and the other party obtains a judgment that is more favourable than the settlement offer.

Setting down and subpoenas

When all pre-trial matters have been dealt with, either party, usually the plaintiff, will file a request for setting down action for trial.

To ensure the attendance of the witnesses at trial, subpoenas will be issued. If the witness fails to appear in court, the statement of their evidence-in-chief will be disregarded by the court.

There are different types of subpoenas:

Subpoenas are only issued after the matter is set down for trial.

The trial – order of proceedings

At the trial, parties are usually represented by civil litigation lawyers, but a party may choose to litigate in person. All the proceedings are structured to allow both parties to present evidence to support their claims.

It is then the defendant’s turn to present their case and call witnesses in defence. These witnesses will be cross-examined and re-examined.

After the defence’s case is closed, both parties will make closing statements to the court depending on the complexity of the matter, the judge may ask for oral or written closing submissions.

The court may make a decision immediately after closing arguments or adjourn the case to a later date to consider the evidence before making a judgment.

The court will grant orders to give effect to its judgments, and the court may also make orders as to which party is liable for the legal costs of the other party.

Depending on the nature of the case and the available assets, judgments can be enforced by different methods, including:

Both the plaintiff and the defendant have the right, in certain circumstances, to appeal the judgment to a higher court.

Civil litigation is a complex process. Speaking to a lawyer with experience in civil litigation can significantly improve your chances of a successful lawsuit.

What is a Writ of Summons?