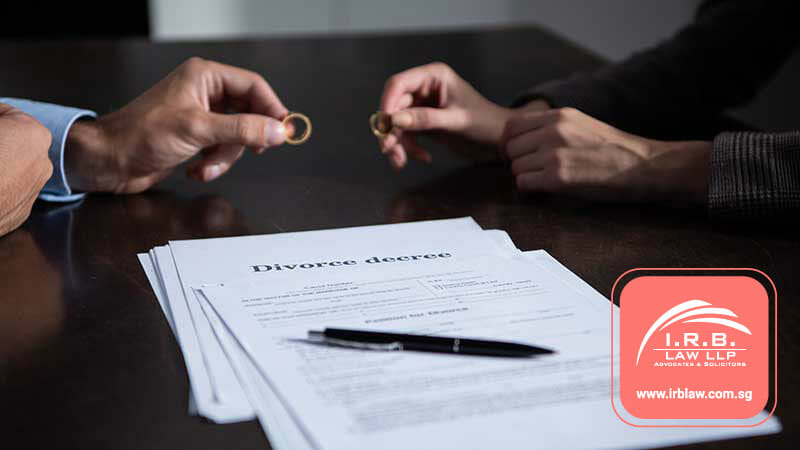 As the name suggests, a simplified uncontested divorce can come into effect when both spouses agree on the reason the marriage should be dissolved and agree on all ancillary matters such as maintenance of wife/children, division of assets, custody/care and control/access of the children so that the whole process follows a simplified track i.e. dispensation of formal service of divorce papers on each other, attendance in court, mediation etc.

Still, even under these circumstances, the assistance of qualified divorce lawyers would be invaluable to get through one of the most challenging periods in any one’s life, observe all the requirements and nuances, and follow the procedure.

What is a Simplified Uncontested Divorce?

In the case of a simplified uncontested divorce, the parties agree on the marriage dissolution itself as well as on the ancillary matters, which include care and custody of children, if any, division of property, as well as maintenance for the wife/children. Sometimes, the parties consent to the dissolution of marriage but not on its material consequences i.e. the ancillaries. In order to have an uncontested simplified divorce, both these aspects must be agreed upon.

If the spouses decide to go for a simplified uncontested divorce, they can file for the said divorce by appointing lawyers who will then file the signed papers to the Family Justice Court via the elitigation module. Consequently, if the papers are in order, an administrative divorce hearing (where parties attendance is not required by the court) will be convened usually in a month and the parties may thereafter extract the interim judgment of divorce. This saves a lot of money and time compared to a contested divorce proceeding.

Meanwhile, the simplified uncontested divorce should not be confused with an application for the Annulment of Marriage.

Requirements for a Simplified Uncontested Divorce in Singapore

The list of prerequisites for filing for both contested and uncontested divorce in Singapore is the same. It includes the following requirements:

Thus, foreigners can also file for divorce in Singapore if the above requirements are met. It must be also be noted, that Muslim spouses or those married under Muslim should turn to Syariah Court should they consider divorce.

The legitimate reasons for filing for both contested and uncontested divorce in Singapore are also the same and fall under 4 categories:

In order to file for divorce under the simplified uncontested track, the spouses should not only consent on the reasons for the dissolution of marriage but also on the material provisions following the divorce, which include:

In a simplified uncontested divorce in Singapore, the parties should agree upon each of these terms and confirm the consensus in the documents provided to the Court.

In Singapore, all divorces go through somewhat similar steps except for the trial and/or ancillaries hearing taking place for contested divorces.

This stage normally takes from 1 month for uncontested divorces and may last for several months for contested cases where the plaintiff has to prove his or her case at trial.

The Interim Judgment for Divorce becomes final only after 3 months so that the whole length of simplified uncontested divorce in Singapore may be as short as 4 months in total while for contested cases it can continue for up to the year and longer.

Uncontested vs. Contested Divorce in Singapore

In case of a contested divorce, the spouses disagree either on the dissolution of marriage itself or on ancillary matters resulting from divorce. The contested process is typically lengthier than a simplified one and includes providing additional documents, pre-trial conference, mediation at the Child Focused Resolution Centre (when young children are involved) (CFRC) and multiple court hearings including applications for interim orders.

The family case conference is convened for the purpose of general case management and offering mediation at the CFRC  and converting the contested case into an uncontested one. If the parties fail to come to an amicable agreement on the reasons for the divorce, the case conference judge will give directions for a  trial, which includes witness statements, submissions as well as cross-examination of the parties. The documents to be provided for contested cases include the affidavit of evidence in chief (at the trial stage), the affidavit of assets and means (at the ancillaries stage) and Submissions to the Court to prove the case of the plaintiff or to prove the case of the defendant if the defendant had filed a counterclaim.

The main material differences between contested and uncontested divorce in Singapore can be summarized as follows:

Why Uncontested Divorce is Preferable

As can be seen from the comparison above, uncontested divorce minimizes the complications for this challenging process for all parties involved including spouses themselves, lawyers, as well as judges. In short, the simplified uncontested divorce procedure is less expensive, lasts shorter,  does not require presence in court, excludes trial hearing, and presumes a minimal set of documents to be submitted.

But what is more, in Singapore, the presence of guilt of any of the divorcing parties provides very little benefit or advantage for the plaintiff or the defendant depending on the case of the parties. The ability to prove the fact of adultery or unreasonable behavior gives little or insubstantial advantage in court as to the distribution of property, care about children and other conditions. There is seldom any reason to go for the contested trial to test a party’s application to dissolve a marriage, and mediation is often the best solution to reach an agreement on ancillary matters.

Even though the divorce is never simple from all points of view, the procedure for uncontested simplified divorce in Singapore is intended to make it much easier and shorter to avoid unnecessary costs and hassle. Those divorcing parties who intend to follow the simplified track, should reach consensus as to the reasons for divorce and also decide upon material consequences, including care and custody of children, material provisions, and distribution of property.

While a simplified divorce procedure provides many easements, the help of an experienced legal counsel might turn invaluable. Your divorce lawyers would be able to effectively take over communication with the disagreeing would-be ex-spouse, carefully collect all the facts, fill out and submit all the documentation, as well as account for all the material provisions, which shall be agreed upon before going to the court.