What to Do if You are Being Investigated for an Offence 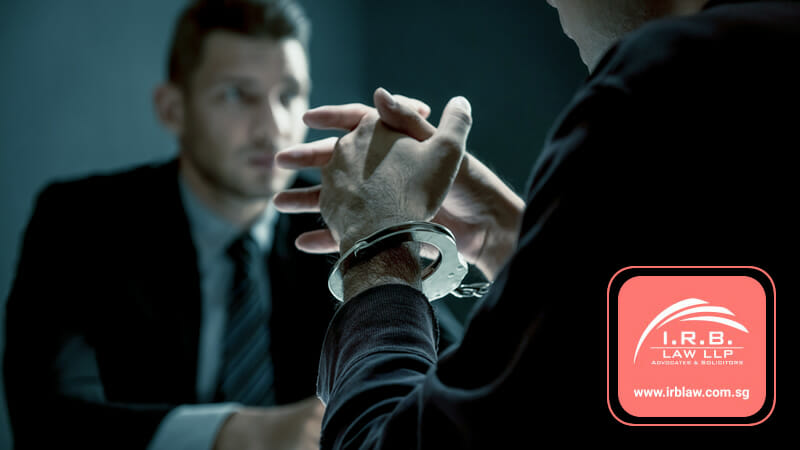 Investigations are part and parcel of every prosecution in Singapore, whether they are for serious criminal offences like murder and rape, or relatively minor ones like traffic offences.

Whether you think you are guilty of the offence or not, it’s always a good idea to engage a lawyer as soon as possible. Even if the investigations have not started yet and you have not been interviewed, a lawyer would be able to advise you on what to expect during the interview process, discuss possible charges you may be facing and defences to those charges.

Nevertheless, many people put off speaking to a lawyer until after they have been charged. While this is not wrong in and of itself, we would strongly advise you to speak to a lawyer once you know you are being investigated, especially if you have reason to believe that you may have committed an offence. Do also take note that if you have engaged a lawyer before you have been charged, the lawyer cannot accompany you during formal investigations and interviews, unlike what you see in foreign movies.

Whether you speak to a lawyer immediately or later, here are a few pointers on what to expect during the investigation/interview stage and what to do or say if you are under investigations for a criminal or other offence in Singapore.

Do take note that in this article, we only discuss matters before a formal charge is levelled against you.

The law is based on facts and evidence. We have seen so many people from all over the world who have been punished for crimes they did not commit, and people who get let off scot-free because there was insufficient evidence against them.

If you are quite certain of what you may be investigated for and are very sure that you were not at the place where the offence was committed, or you have other evidence which points to your innocence, do take pro-active steps to make it easy for yourself, the investigators and your lawyers. Secure the evidence you need so that you may confidently assert your innocence. You may:

Do Not Approach the Victim

It is best not to approach the victim at all. Such physical meetings may turn into quarrels or altercations, and you may even find yourself blamed for influencing or threatening the victim.

Even if you are (i) making a sincere apology to the victim or (ii) returning or giving something to the victim, it is best not to do it physically, directly or verbally. Always use third parties as go-betweens.

The police have a right to ask for and receive your full name, home address and NRIC Number. You may be guilty of an offence and arrested if you refuse to provide these details.

If you are asked to make a statement by any authority, take note that the recording language is usually English. If you have difficulties with the English language, do tell the investigator or statement recorder as soon as possible. They are under a duty to ensure you are interviewed and your statement is taken in a language that you understand.

Always tell the truth. Lying to the police or other authorities may put you at risk of committing another offence, some of which we discuss below:

However, in telling the truth you should keep 2 important things in mind:

If what you may tell the investigator about events may expose you to a criminal charge, you do not have to say it. This is governed by Section 22 (2) of the Criminal Procedure Code, which makes it a duty upon you to state truly what you know of the facts and circumstances of the case, except that you need not say anything that might expose you to a criminal charge, penalty or forfeiture.

Do take note, however, that you should carefully balance this right of yours against the right of the court to draw an adverse inference against you for your silence, which we discuss below.

If you do have a defence, explanation or proof that you are innocent of the offence you are being investigated for, and you do not actually inform the investigator of this defence, explanation or proof, and then you later raise it in court as a defence, the judge will be entitled to view your defence with a very healthy dose of suspicion and skepticism. This entitlement of the court to draw adverse inferences against you is covered by Section 261 of the Criminal Procedure Code.

So, do you keep silent about your involvement in an offence because it incriminates you or do you tell the investigators what you know so that an adverse inference will not be drawn against you later?

This is a complex question, the answer to which may vary depending on the circumstances of your case. Do approach an experienced lawyer for advice as soon as possible if you are not sure.

You may be asked to take a polygraph test – Although polygraph tests results are inadmissible as evidence in the Singapore courts, the police use these tests from time to time to assist them in assessing suspects and their possible culpability for offences. While you may choose to decline to take such tests, do keep in mind that the police may draw an adverse inference against you for having declined the test, and may even take a further statement from you to record your reasons for declining the test.

While being interviewed for any offence and your statement is being taken from you, you are entitled to ask for:

Remember Your Statement and Write it Down for Your Lawyer

If you have already been charged, or if you have decided to see a lawyer after your statement is taken because you are quite sure that you may be charged, write out your statement as accurately as possible for your lawyer. This will make it easy for the lawyer to represent you more effectively.

A good defence to any prosecution in the courts always starts with good preparation. The sooner the preparation starts, the better. In the best-case scenario, you would have engaged a lawyer once you have a reason to suspect that you may be called up for interviews by the authorities. If, for some reason or other, you do not see a lawyer as advised, be mindful of the pointers discussed in this article. No one should be deprived of justice because of ignorance of the law or ignorance of his or her options and rights.