Is Airbnb Legal in Singapore? 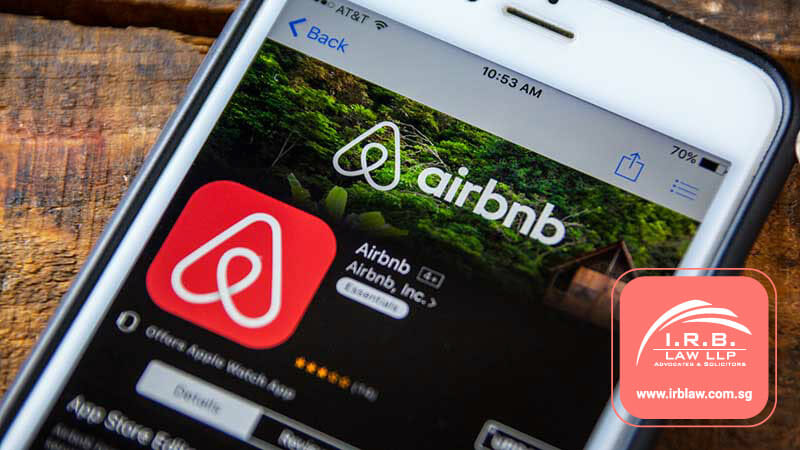 Airbnb, an online marketplace and hospitality service, has become increasingly popular. It is a platform for those who wish to rent out their properties to earn some side income and it is a convenient booking service for the travellers who do not mind to stay in someone’s home.

According to the Business Insider[1], as of 2017, Airbnb has more listings worldwide than the top five hotel brands combined. It has reached a milestone of 4 million listings worldwide. In Singapore, the Sunday Times[2] revealed that the number of properties from Singapore listed in Airbnb has gone up by 11%, from 7,781 in May 2017 to 8,601 in December 2017.

Renting out properties to earn some extra income may sound good, however, it may actually violate Singapore’s housing laws. Generally, for Housing Development Board (HDB) flats, the minimum rental period is 6 months and it cannot be rented to tourists. For private properties, the minimum rental period is 3 months. Thus, renting out your properties to different guests through Airbnb for a short period of time is considered as breaching Singapore’s housing laws.

There are 3 ways that listing properties on Airbnb are considered as against Singapore’s housing laws:

Renting out an HDB flat to tourists/foreigners

In general, HDB flat owners are prohibited to rent out their HDB flats to tourists who are foreigners. However, there are exceptions where HDB flats can be rented to foreigners who hold passes, for instance, Student Passes and Long-Term Social Visit Passes.

Owners of HDB flats may be fined if they have exceeded the flats’ occupancy limits when renting out their flats or the HDB may acquire their HDB flats forcefully.

Renting out the property for a very short time

As mentioned above, owners of the properties must comply with the minimum renting period in Singapore’s housing laws. People who search for lodging on Airbnb are normally tourists and they will rent the property for only a short period of time, often failing to meet these minimum rental periods.

So far, one case has been brought to court, where two former property agents were fined $60,000 each for illegal short-term stays in a Bukit Timah condominium.[3]

Minister for National Development, Lawrence Wong revealed that from 2015 to 2017, the URA received 1,808 reports of illegal short-term stays in private properties while the HDB received 390 such complaints.[4]

Renting out a property to too many people at one time

Under Singapore’s housing laws, there are restrictions to the occupancy limit of the properties.

The number of persons who are allowed to stay in the same HDB flat (including the flat owner & his or her family):

Owners of HDB flats with 1 room or 2 rooms are forbidden to rent out their flats.

If you rent out your property and at the same time, exceed the occupancy limit, you may be fined or the HDB may compulsorily acquire your property.

A maximum of 6 people not related to the owner are allowed to stay in a private property at any one time. If there are more than 6 unrelated persons, the owner shall obtain permission from the URA.

Is it legal for someone to stay in an Airbnb in Singapore?

So far, there are no laws prohibiting guests from staying in Airbnb properties in Singapore.

According to Minister for National Development, Lawrence Wong, due to the fact that the government received mixed views from the public about the new Airbnb law’s enactment, it is unlikely that any new laws regulating Airbnb stays will be enacted soon.[5]

However, there was a case where Airbnb guests were being turned away by the security guard of the Airbnb property. A New Zealand family had booked an Airbnb property (a condominium) at Caribbean, Keppel Bay. The New Zealand family were sitting by the condo’s pool for an hour with their luggage before the security guards informed them that it is illegal to rent a property for a short-term stay in Singapore. Soon after this incident, Airbnb removed the property from its listings.[6]

Hence, it is not illegal for guests to stay in any Airbnb properties in Singapore but they should make the bookings at their own risk.