Battle of the Forms – Last shot in for All or Nothing 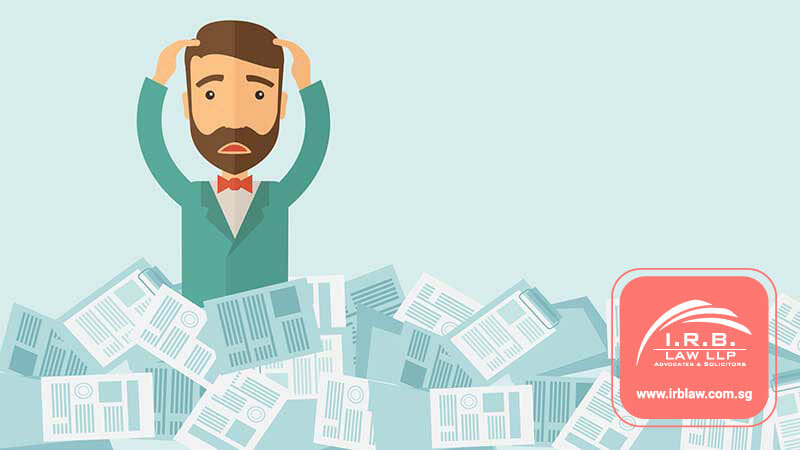 If you are a Business owner, you would have no doubt come across multiple documents in your commercial transactions with other business owners or even customers. These documents are usually Quotations, Purchase Orders, Invoices and Tax Invoices. Have you ever wondered if your documents used truly offer your business the legal security you think it gives?

Each of the above mentioned documents has their own set of terms and conditions with regards to the price, quantity, delivery date and et cetera. A critical issue may arise on which of these documents constitute the contract to which the purchaser and seller agreed to be bound by, this issue known as the “battle of forms”.

Typically Sellers and Buyers would have some sort of communication (Email, SMS and even WhatsApp) these will be taken into account when the parties’ intentions to form a contractual relationship is questioned (First stage of inquiry: whether a contract has been concluded). The second stage of inquiry is what are the agreed terms of the contract?

In determining whether an agreement has reached between Purchaser and Seller, the United Kingdom (UK) decision of Butler v. Ex-Cello-O Corporation (England) Ltd 1 WLR 401 provides guidance in this area.

In Butler, the seller offered to sell a tool to the buyer on the seller’s standard terms which included, among others, a variation clause on price. The buyer sought to order the tool by sending a purchase order on its own standard terms which provided for fixed pricing of the good with no room for variation, contrary to the seller’s terms. The purchase order entailed a tear-off acknowledgement slip of acceptance of the buyer’s business terms. The acknowledgement slip was duly signed by the seller and returned the slip to the buyers.

However, the return slip was attached to a letter by the seller stating that they were carrying out the order on the terms of the original offer.  Subsequently, the seller varied the price and sought to invoke the clause in their standard terms.

In this case, it was decided that the contract was concluded on the buyer’s terms and as such the Seller’s price variation clause was not incorporated.

In Contract Law the traditional approach that Courts use is the Mirror-Image Approach. In this approach, the Court are of the view that documents that are exchanged between parties must have a clear and rebuttable offer that is mirrored by a clear and rebuttable acceptance, short of which will not form a valid contract.

What this means is that the acceptance of an offer must not contain additional or different terms from the original offer. If other terms or different terms are made, this would, in fact, be a counter offer, and these terms would be binding and incorporated into the contract (i.e who fired the last shot).

Is there a different and broader approach?

Lord Denning MR, while coming to the same conclusion, disagreed on the reasoning of the other Judges. He rejected the traditional mirror-image approach and pointing out what he perceived to be limitations of an offer and acceptance approach:

He mentions, “The better way is to look at all the documents passing between the parties – and glean from them, or from the conduct of the parties, whether they have reached agreement on all material points – even though there may be differences between the forms and conditions printed on the back of them.”

Lord Denning’s approach seeks a degree of discretion for the courts to reconcile inconsistent terms between parties where there is a lack of consensus as to the terms to be bound by. However, this has not gathered traction given the uncertainty it attracts in commercial transactions.

In the Court of Appeal decision of Gay Choon Ing v Loh Sze Ti Terence Peter and Another Appeal 2 SLR 332, the Court of Appeal adopted the traditional mirror approach, finding an agreement where on the objective approach, there has been a final and unqualified acceptance. It is also worth noting that Lord Denning’s broader and “somewhat more fluid” approach was not adopted.

The Singapore Courts, however, will examine the whole course of negotiations between the parties. To strike a balance between the different approaches, the court accepted that a “less mechanistic or dogmatic application” of the offer and acceptance approach should be the way forward.

In the exchange of documents/forms between the Seller and Purchaser, the party which fires the last shot will have their terms incorporated into the contract, unless the other party objects to the material alteration of the offer and this objection are made know to the offeror who is in effect giving a counter-offer. An “acceptance” which does not give an unqualified assent to all the terms and conditions offered in the original offer and introduces material new terms is in fact, not an actual acceptance but a counteroffer which wholly extinguishes the original offer.

At I.R.B. Law LLP our teams of experienced Civil Litigation Lawyers will be able to draft clear and unambiguous contracts that will protect your business interest. We will also be able to advise you on the legal aspect of your commercial affairs thus preventing you from entering a situation that less than favourable.

Furthermore, our Lawyers will be able to guide you and explain to you the finer nuances in Contract Law so that you are well-informed throughout your business dealings. Our first consultation is usually free. You can contact us at [email protected] or call us at +65 6298 2537 to schedule an appointment with us today.