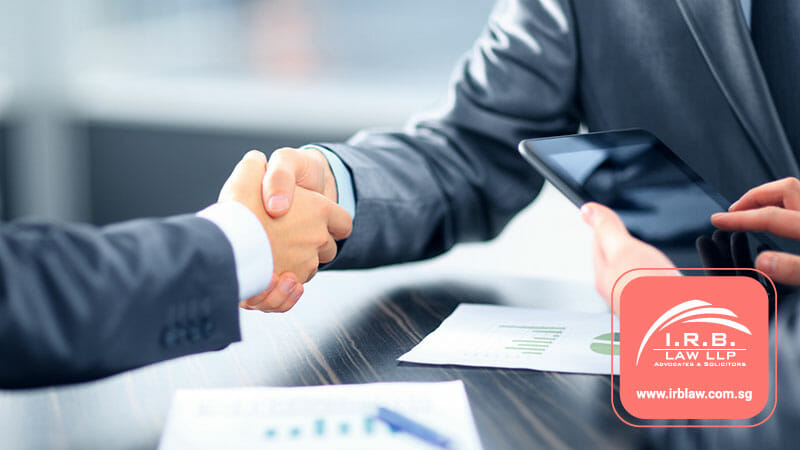 A nominee shareholder is someone that “lends his name” to you to act as the registered owner of shares in a company, when in truth, he only holds the shares for your benefit.

If you appoint a nominee shareholder, he would appear to the world to be the owner of the shares, and you get to keep the arrangement a secret. If the appointment is made in the correct way,you retain all of the rights and benefits in the shares, such as the right to sell the shares, receive dividends, and vote at general meetings.

This arrangement is not illegal under Singapore law, as long as it is used for legitimate reasons, and the existence and identity of the beneficial owner is recorded for the benefit of public agencies such as the Inland Revenue Authority of Singapore and the Accounting and Corporate Regulatory Authority.

Why appoint a nominee director and shareholder?

There are various legitimate reasons for using a nominee director and shareholder arrangement, though the most common reasons would be to keep one’s identity as the owner of a company confidential and to comply with the requirement that at least one director is a locally-resident person.

In Singapore, members of the public can do searches on Singapore-incorporated companies to identify the directors and shareholders of those companies. In other words, the names and other personal details of directors and shareholders are publicly available to anyone for a small fee via BizFile, which is something some entrepreneurs may wish to avoid.

For example, if your business intends to expand into a new vertical or sector which its customers, suppliers or distributors are in, using a nominee arrangement may help delay or prevent them from finding out that your business is in direct competition with them.

While we have asked to advise on nominee structures by entrepreneurs in the following scenarios:

We would generally recommend that entrepreneurs in such situations be extremely careful, to minimise the risk of being sued for breach of employment obligations, and that our advice on the terms of their employment be sought.

The risks of using nominee directors and nominee shareholders

In our experience as corporate lawyers, we have come across instances where nominee directors and shareholders are appointed without any written proof of the arrangement, and the beneficial owner relies on a verbal agreement or a “gentlemen’s agreement” with the nominee.

The risks of not getting proper advice or using proper documents to set up the arrangement is that you incur the following risks:

In each of these scenarios, the main risk is that of losing your ownership of the shares, losing confidentiality, dealing with the consequences of unauthorised actions of the nominee director, and of incurring significant legal costs to enforce your rights.

How to Properly set up a Nominee Structure

The most common way to set up a nominee shareholder arrangement is for the nominee to declare a trust over the shares for your benefit, and to sign a declaration of trust. While there are other ways of doing so, such as using call option agreements or loan agreements, these are more complex, and are more appropriate for countries which do not recognise the concept of a trust or which prohibit the use of nominee structures.

In the declaration of trust, you would typically secure promises from the nominee to act only on your instructions, to promptly transfer the shares to you on your request, and to account to you all the rights and benefits in the shares.

To ensure that the shares are transferred to you even if the nominee refuses or cannot arrange for the share transfer, you may obtain a signed but un-dated share transfer form in favour of you. You may also wish to keep the share certificate with you (if the company in question is a private limited company).

As for the nominee director, you should have a properly-written document signed by him stating that he will act only on your instructions. You may also wish to have a power of attorney executed so that you can act on behalf of the company, sign contracts and open bank accounts for it. It is also common for an undated letter of resignation to be signed by the nominee director, to protect the company against claims by him and to make it easier to remove him at the appropriate time.

The importance of using well-written documents to record nominee shareholder and nominee director arrangements cannot be overstated, given the risks highlighted above.

For further advice you may wish to contact us for a free, no obligation discussion.