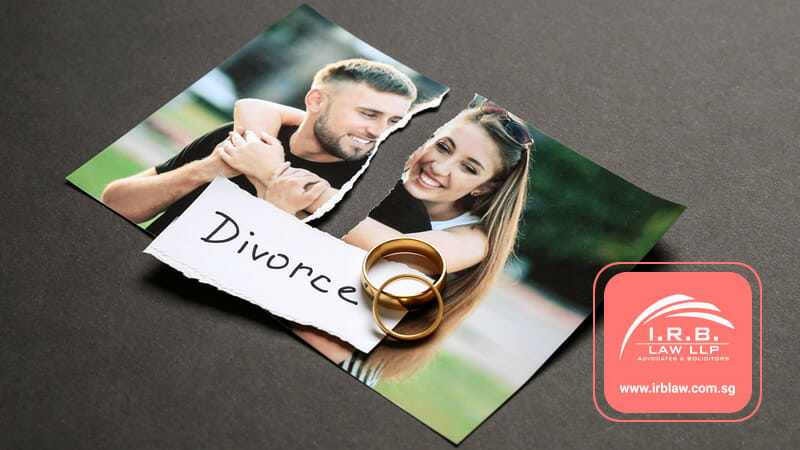 Marriage is a union of two separate personalities along with their families. Two individuals would need to adjust to their new life and problems might arise between them as they try to make it work. Under the Women’s Charter 1961, one cannot file for a divorce until 3 years have passed from the date of registration of the marriage. This is mentioned under section 94(1) and imposes a statutory restriction to preserve the sanctity of marriage. This restriction is imposed so that marriages are not treated like a frivolous contract that parties can sign into and sign out of whenever it pleases them. Every marriage has early days which are difficult and parties should strive to make the marriage work.

However, section 94(2) of the Women’s Charter 1961 provides for an exception in this matter. It states that Courts can grant leave for a Writ Petition to be filed for divorce even before 3 years have passed from the date of registration of the marriage. The only ground available for such Writ Petition is that either the plaintiff or the one who files the petition, has suffered exceptional hardship or that the defendant or the other party has engaged in exceptional depravity.

What does the Court Consider Exceptional?

A few examples of what constitutes exceptional hardship or exceptional depravity are mentioned below.

1) Spouse involved in numerous adulterous behavior with more than 10 people since the beginning of the marriage.
2) Spouse disappearing right from the beginning of the marriage.
3) Continuous physical violence resulting in serious injuries.
4) Abusive speech and conduct causing the other spouse to suffer grave psychological problems.
5) Spouse committing adultery at home.
6) Developing cancer or other serious illness due to stress caused by the marriage and the behavior of the other spouse.

The Singapore Family Courts may also consider other peculiar circumstances that have not been explored before and may consider them as exceptional hardship or depravity.

What does the Court not Consider Exceptional?

A few examples of what does not constitute exceptional hardship or exceptional depravity are mentioned below.

1) Isolated physical abuse that does not result in serious injuries.
2) Where the reasonable probability of reconciliation exists.
3) Where interests of a child born out of the marriage are in question.
4) Controlling spouse and parents-in-law causing stress.
5) A mere instance of adultery by one spouse.
6) The career of a spouse is disrupted due to the marriage.
7) The difficulty of parties in adjusting to their respective ways or the ways of their families.

How to Obtain a Divorce Within 3 Years?

Step 1: The plaintiff will need to file a Writ Petition in the Singapore Family Court for divorce on the grounds of exceptional hardship or exceptional depravity.

Step 2: The defendant has the right to give a response to the application. If no objection is raised by the defendant, the matter is sent to the Judge for hearing.

Step 3: The Judge will have to determine if the plaintiff has suffered from exceptional hardship or the defendant has engaged in exceptional depravity based on the facts and circumstances of the case. If satisfied, the Judge will give the order to allow the marriage to commence divorce within 3 years of such marriage.

Step 4: If not satisfied by the facts and circumstances of the case, the Judge may dismiss the petition and the parties will have to wait for 3 years from the date of registration of the marriage to commence divorce proceedings.

Step 5: If the interim judgment has been granted by the Court in satisfaction of the facts and circumstances, the parties will need to settle their ancillary matters next. This will include division of matrimonial assets, the custody, care, control, access, and maintenance of the child(ren), spousal maintenance, costs, etc.

Step 6: After the ancillary matters have been settled, the Court will grant the Final Judgment for Divorce.

If the Court finds that the plaintiff has misrepresented or concealed the nature of the case to get an early divorce, the Court might make the following decisions in accordance with section 94(2) of the Women’s Charter 1961.

1) In the case where the Court has granted an Interim Judgment, the Final Judgment will not be granted until 3 years have passed from the date of registration of the marriage.

2) In the case where the Court has not granted an Interim Judgment, the petition might be dismissed. The parties can file for divorce again after the expiration of the 3 years restriction.

Other Options if the Court does not Grant an Early Divorce

1) Apply for Annulment of the Marriage – The parties can apply for an annulment that will dissolve the marriage denying its entire existence. The marriage has to qualify as a Void or Voidable marriage for the Court to grant an annulment.

3) Applying for Spousal Maintainance – The wife can apply for maintenance if she can prove that the husband has been neglecting or refusing to provide reasonable maintenance for her.

4) Signing a Deed of Separation – Parties may choose to not cohabit together or stay separate by signing a legally binding document called the Deed of Separation which would also include the terms applicable for the parties after separation.

In this case, the wife did not allow the husband to touch her and restricted sexual intercourse to only once a week. Within 3 months of marriage, the wife left the husband and went to China. She also threatened to commit suicide if she was made to return. The Court found that the wife had married the husband on impulse and also gave consideration to the husband’s desire to start a family. The Court declared that this was an out-of-the-ordinary scenario and that the husband had suffered exceptional hardship. The High Court allowed the appeal and granted the husband leave to present a petition for divorce before the required 3 years period.

In this case, the wife had committed adultery blatantly in the parties’ matrimonial home and when the husband was present in the same house. The adulterer refused to move out of the house and this resulted in the husband suffering from clinical depression which not only affected his work but also his social life. The Court found that the circumstances of the case constituted exceptional depravity by the wife and allowed the husband leave to present a petition for an early divorce within 3 years of marriage.

a) Physical violence that does not result in serious injury.
b) Difficulty in adjusting to the ways of their partners and their family.

The Court observed, in this case, that in cases of divorce before 3 years, the Parliament has set out higher expectations and much more difficult procedural requirements for the parties. The Court stated that adulterous or violent behavior of a spouse does not on its own make out a case for exceptional hardship or exceptional depravity for the Court to grant such leave.