What You Need To Know About Employment Contracts 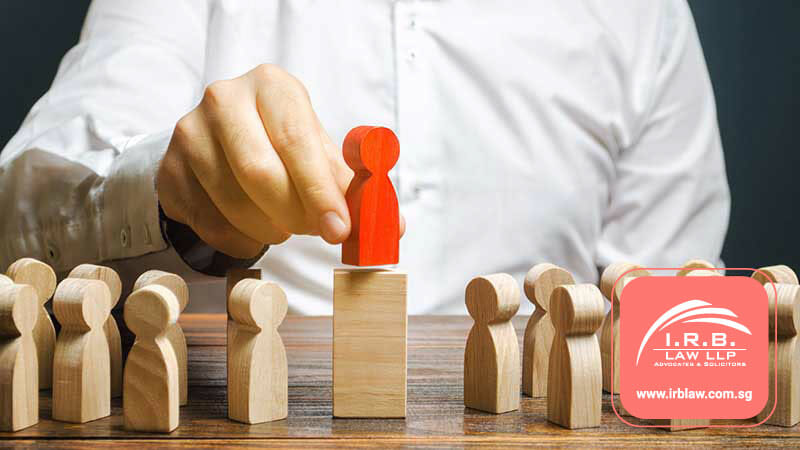 What Is An Employment Contract?

An employment contract is an agreement between the two parties which govern their relationship and is enforceable by law. A contract can be entirely written, entirely orally or partly written and partly oral. However, both parties must enter into the contract voluntarily for the contract to be enforceable.

In general, Singapore law follows a freedom-of-contract approach, meaning that the parties are free to include whatever terms they wish into a contract, provided that these terms are not illegal.

However, it is important to remember that there are exceptions to this general rule. These exceptions are found in the Employment Act and other laws. The Act is a significant piece of legislation which governs employment contracts. The Act contains certain minimum requirements which must be included in an employment contract. For example, the Employment Act requires that certain workers must receive salary payments at least once a month and are entitled to an additional one day’s salary if they are required to work on a public holiday.

The Act covers areas such as:

The Employment Act covers all persons (including foreigners) working under a contract of service in Singapore except:

Additionally, Part IV of the Employment Act, which contains provisions for working hours, days of rest and other conditions of service, only applies only to:

If the employment in question is covered by the Act, AND if the employer enters into an employment contract which does not follow the requirements of the Employment Act, then the employer will be found guilty of a criminal offence which is punishable with a fine of up to $5000, up to six months in prison, or both. Repeat offenders could face fines of up to $10 000, up to 12 months in prison, or both.

Does My Employment Contract Need To Be In Writing?

It is not necessary for the employment contract to be in writing, though it is advisable to request a written contract so that both parties are aware of the specific terms of the agreement, including their rights and responsibilities.

Remember to read your contract carefully as once a contracting party sign a written contract; the court will conclude that he or she has agreed to all of the terms contained within the contract.

If your employment is governed by the Employment Act and the employee is employed for 14 days or more, your employer must issue a list of key employment terms, in writing, to the employee. Failure to do so could depend on the nature of the breach, lead to a fine of $100-$200 per incident, and/or an order from the Ministry of Manpower to rectify the breach.

Failure to comply with a MOM order is a criminal offence punishable by fines up to $5000, imprisonment of up to 6 months, or both.

Can I Vary The Terms Of An Employment Contract Once Both Parties Have Agreed To It?

An employer might decide to change the terms of your contract for some reasons. For example, he or she may wish the changes to reflect a new rate of pay, new working hours or new duties.

However, a contract can only be varied if both parties fully agree to the changes. This agreement can be made orally or in writing.

If you do not agree to changes to your contract, inform your employer. If an employee does not agree to the changes but continues to work under the new conditions, the court may decide that the employee has agreed to the new terms.

Can My Employer Terminate My Employment Contract Without Providing Notice?

For contracts governed by the Employment Act, one party may terminate employment without providing a reason or notice if the other party willfully breaches a condition of the employment contract or if found to have committed misconduct which conflicts with an express or implied term of the contract. Alternatively, a contract governed by the Employment Act may be terminated by payment of salary instead of notice.

What Can I Do If My Employer Refuses To Pay My Salary?

If you are working under a written contract of service under which your employer promises to pay you a salary at a regular interval, your employer will be in breach of contract if he or she does not pay you this sum on the specified date. This means that you have a cause of action to lodge a civil suit and sue your employer for the unpaid salary.

However, even if you are working informally without a formal contract, your employer is still obligated under the Employment Act to pay you on a regular basis. According to the Employment Act, an employer must pay an employee within seven (7) days of a ‘salary period’ – this period cannot exceed one month.

If your employer has not met his or her obligation under the Employment Act to pay you a regular salary, you should register a complaint with the Ministry of Manpower.

Am I entitled to a golden handshake or ex gratia payment if my employment is Terminated?

According to current Singapore law, an employer is not obligated to give a golden handshake or make an ex gratia payment to an employee who has been retrenched unless an express term of the employment contract provides for such a payment. This would be the case even if the employer’s past practice was to give such payments.

If My Employment Has Been Terminated, Do I Have To Serve Out My Entire Notice Period?

If you are on ‘garden leave,’ you do not have to work during your notice period. However, you are still bound by the contract. Employees may be placed on garden leave during their notice periods even if this is not expressly provided for in the employment contract.

I Believe That My Employer Dismissed Me Unfairly. Can I Challenge My Employer’s Decision?

An employee may bring a claim in court if he or she has been wrongfully dismissed. The damages received in such cases are usually the amount which the employee would have received under the employment contract if the employer had terminated the contract legitimately by giving the required notice or paying salary instead of notice.

Am I Entitled To An Annual Wage Supplement Under My Employment Contract?

No. Your employer is not obligated to pay an annual wage supplement – or “13th-month bonus” – unless either this is stipulated in your contract or there is a collective agreement between your company and union.

My employment contract contains a clause that prevents me from working for a competitor, opening a competing business, or soliciting clients or employees from my business. Will I be sued if I ignore this clause?

Yes. However, this clause may not be found to be enforceable in court.
Many employers try to include so-called non-compete clauses into their employment contracts to prevent former employees from working for competitors or opening a competing business by including a non-compete clause in the employee’s contract. Such clauses may prevent an employee from practising his or her profession for a certain period or within a particular geographic area.

Employers may also include non-solicitation clauses to prevent former employees from soliciting clients or employees away from the employer’s business. Such clauses belong to a group of contractual clauses known as ‘restraint of trade’ clauses.

Because restraint of trade clauses restrict a former employee’s ability to practice his or her profession, they are unenforceable unless they can be justified as protecting the legitimate interests of the parties and the public in general. Whether a non-compete clause is enforceable under Singapore law depends on the context. Some important factors include how long the restrict lasts, how large an area the restriction covers, and which specific activities are restricted. Courts will also consider how experienced the former employee is, how much confidential information he or she had access to, and which industry the employee works in.

At I.R.B Law LLP we have lawyers experienced in Singapore’s Employment Law. We understand that your employment literally provides the shelter and food for you and your family. We understand that being terminated from your job is an emotional situation as such we strive to provide you with solutions and not abstract legal concepts.

Should you be in a position where you may need our assistance, please do not hesitate and contact us at [email protected] or call us at +65 6298 2537 so that we can advise you on your matter.