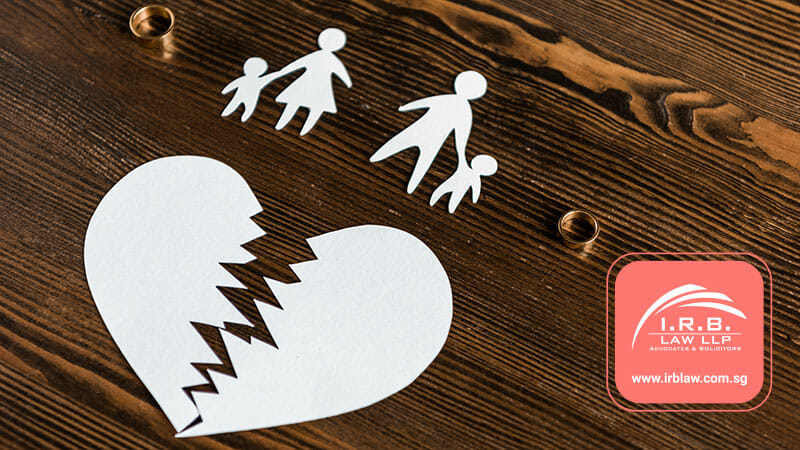 Eligibility and restrictions on filing for divorce

To file for divorce in Singapore, sections 93 and 94 of the Women’s Charter stipulate that:

Once the parties have established eligibility to file for divorce, the focus can turn to the grounds for divorce.

We often hear various terms used as grounds for divorce, but under the Women’s Charter, there is only one legal ground for divorce in Singapore – the irretrievable breakdown of the marriage.

The court has to consider, given all the circumstances, whether it would be just and reasonable to dissolve the marriage. If one of the above five factors is not present, the court cannot hold that the marriage has broken down irretrievably.

Proving irretrievable breakdown of the marriage

To prove irretrievable breakdown of the marriage, the plaintiff must prove one of the scenarios mentioned in section 95 of the Women’s Charter.

Section 95(3)(a) – The defendant committed adultery, and the plaintiff finds it intolerable to live with the defendant.

Evidence of a child born from the adultery or a confession would be solid evidence, but the “guilty” party is often unlikely to admit to adultery. More often, the plaintiff might have to engage the services of a private investigator to obtain evidence that adultery is likely to have occurred.

If it is impossible to obtain evidence to substantiate a claim of adultery, it might be easier to file for divorce based on “unreasonable behaviour.”

Section 95(3)(b) – The defendant behaved in a way that the plaintiff cannot reasonably be expected to live with the defendant.

Unreasonable behaviour is not defined in the act, and the test is often subjective. It is generally easier to prove than proving adultery, which requires concrete evidence. Usually, where a spouse has been unfaithful, the plaintiff might file for divorce using unreasonable behaviour.

The test for unreasonable behaviour is, “Can the one spouse be reasonably expected to continue living with the other?”

The plaintiff does not need to show malice on the part of the defendant to establish unreasonable behaviour.

Whilst individual acts might not be unreasonable, a series of acts over some time might be found to be unreasonable behaviour. The court will look at the cumulative effect of certain acts.

Examples of unreasonable behaviour include the following:

It is important to note that a finding of unreasonable behaviour pertains only to the marriage and whether it is unreasonable to expect the parties to remain married. It does not mean that the defendant is guilty of any misconduct.

Although unreasonable behaviour has a broader meaning, it is more than merely being incompatible. It is not enough to prove that the parties “have drifted apart” or no longer has anything in common.

Section 95(3)(c) – The defendant has deserted the plaintiff for a continuous period of at least two years immediately before the filing for divorce.

To prove desertion, the plaintiff must establish that:

Physical desertion means living in separate households. Desertion, however, only applies when the spouse decides to leave the household even though it is not required by circumstances. For example, if one spouse works overseas, circumstances require them to live apart, there is no intention to desert.

Intention to desert is commonly understood as meaning to have the intention to end the marriage permanently. The intention must be non-consensual. If the parties agreed to live apart, they cannot rely on desertion as a ground for proving irretrievable breakdown of the marriage.

In essence, desertion is non-consensual separation. There must be an element of abandonment.

Separation of three years with consent to the divorce

Section 95(3)(d) – The parties have lived apart for a continuous period of at least three years immediately preceding the filing for divorce, and the defendant consents to a judgment being granted.

This grounds for proving irretrievable breakdown is often used where the divorce is amicable, and the parties agree to a divorce, i.e. a non-contested divorce.

Physical separation alone is not enough. Both parties must have the intention to live part.

To prove separation, the plaintiff must prove that:

If one spouse was in prison, for example, or transferred to work overseas, it might not be considered as separation by choice.

It should be noted that separation can be established even where the two parties remained in the same house. Proving a loss of consortium and a breakdown in the marriage can be sufficient, even if the parties remained under the same roof.

Parties must prove that they effectively maintained two separate households and did not perform the typical spousal duties, such as cooking for each other, doing each other’s laundry, and so on.

If the parties get back together for a brief period, the separation can still be considered as continuous, as long as the attempt at reconciliation was not for more than six months, and the total time of separation must still be three years.

Section 95(3)(e) – The parties have lived apart for a continuous period of at least four years immediately before filing for divorce.

This section is often used to prove irretrievable breakdown in contested divorces. The criteria for separation are the same, but there is no need for consent.

If you and your spouse have lived separately for four years, you do not need your spouse’s consent to get a divorce.

All civil divorce cases for non-Muslims are heard in the Family Justice Court of Singapore. In the case of Muslims, or where the parties married under Muslim law, only the Syariah Court of Singapore has jurisdiction to hear the case, and the decisions are governed by the Administration of Muslim Law Act.